CLEVELAND, OHIO—The USS Cleveland Legacy Foundation (USSCLF) is pleased to announce that Cheryl Levanduski and Bernie Moreno will serve as co-chairs of Launching a Legacy, the Foundation’s inaugural campaign to raise $5,000,000.31 in support of the future USS Cleveland (LCS 31), the fourth U.S. ship to be named in honor of the city of Cleveland.

“I jumped right on the ship when asked to join Bernie and the USS Cleveland Legacy Foundation to put our amazing city on display and support the U.S. Navy,” said Cheryl Levanduski.  “I am honored to represent and to introduce those assigned to the USS Cleveland to my amazing hometown as we demonstrate our great city’s appreciation for their service to our country.”

“I am honored to join Cheryl and the USS Cleveland Legacy Foundation to make our namesake ship the most desired assignment in the U.S. Navy,” said Bernie Moreno.  “We will bring Cleveland to life on board and showcase all the great things our City has to offer.”

“We are delighted to have the leadership and support of Cheryl Levanduski and Bernie Moreno on the USS Cleveland team,” said Mike Dovilla, chief executive officer of the Foundation.  “Cheryl and Bernie have been deeply invested in USSCLF from its earliest days.  As they step into these vital campaign roles, we express our sincere gratitude for their continued generosity in promoting this special civic initiative on behalf of Greater Cleveland and the U.S. Navy.”

Despite being a new organization formed only months before the global pandemic’s onset, USSCLF has raised more than 60 percent of its goal for the Launching a Legacy campaign through the generous support of Cleveland’s corporations, foundations, and philanthropists.  The campaign will shift into its full public phase next September for the final twelve months leading to the ship’s commissioning in Cleveland.

While most commissioning committees raise less than $1 million to support events and programs leading to a Navy ship’s commissioning, USSCLF is engaged in a longer term effort to link Clevelanders to their namesake ship.  In addition to being a warfighting platform for 20-25 years, the future USS Cleveland will serve northeast Ohio as a catalyst for economic development, youth educational programming, community building, and support for veterans and families.  As a result, the Launching a Legacy campaign’s goal is significantly larger.  The 31 cents included in the total is an homage to the ship’s hull number as the thirty-first littoral combat ship that will join the Fleet.

To contribute to the Launching a Legacy campaign, please click here.

About Cheryl Levanduski, USS Cleveland Legacy Foundation Launching a Legacy Co-Chair – Cheryl is a lifelong Clevelander.  She began fundraising 25 years ago, supporting many local Cleveland charities and political campaigns and serving on several non-profit boards.  Today, she is on the Board of Make a Wish of Northeast Ohio and for the past 14 years has served as Chair of the Cleveland Big Wish Gala.  She was taught at a young age by her parents to always thank those in uniform for their service.  She lives in Hunting Valley with her husband of 23 years, Joseph, and has two children who were brought up with the same respect for those who serve.

About Bernie Moreno, USS Cleveland Legacy Foundation Launching a Legacy Co-Chair – Bernie came to Cleveland in 2005 to buy a small, struggling Mercedes-Benz dealership.  He grew that small business into a network of dealerships in four States, representing 30 brands in 15 dealerships.  He served on many local nonprofit boards, including Cleveland State University, MetroHealth, and Tri-C.  Today, he is Chairman and co-Founder of the Cleveland based technology firm, CHAMPtitles, which he expects to lead the way as the world’s registry of moveable assets.  The company uses blockchain technology to digitize government-based systems that previously relied on paper based models.  He lives in Westlake with his wife of 33 years, Bridget, and has four grown children and one granddaughter.

About the USS Cleveland – The future USS Cleveland (LCS 31) is a Freedom-variant littoral combat ship currently under construction by Lockheed Martin and Fincantieri Marinette Marine in Marinette, Wisconsin.  The LCS is a fast, agile, mission-focused platform designed to operate in near-shore environments.  It is capable of supporting forward presence, maritime security, sea control, and deterrence.  The sixteenth and final ship of its class, Cleveland and her crew will be assigned to Littoral Combat Ship Squadron 2 (LCSRON TWO), homeported in Mayport, Florida, from which it will deploy around the globe. 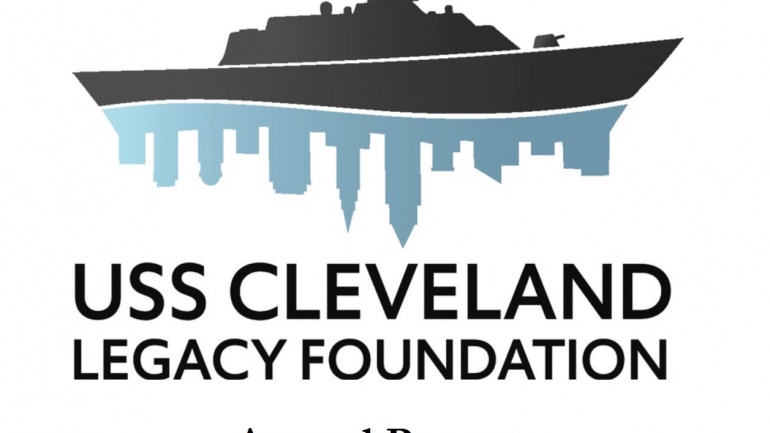